I’m choosing to set aside my discussion of historical fiction today to enjoy the privilege of interviewing poet Jerome Gagnon, author of Rumors of Wisdom, winner of the Louis Book Award from Concrete Wolf Press, and Spell of the Ordinary, a chapbook from Finishing Line Press (www.jeromegagnonblog.wordpress.com). His recent success is a culmination of a life-long engagement with poetry and writing, but it is only in the last few years that he has had more extensive time to devote to his own art, having taught and tutored composition with a specific focus on ESL students. He is also a keen gardener and I’m interested in how these various worlds inform his work. 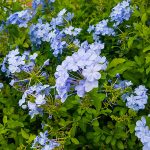 Q. How did you come to poetry? Do you have a memory of the first poem that you read? What drew you to the poetic form?

A. I don’t really remember reading poetry until I discovered Emily Dickinson in high school and that was a revelation. She was serious yet accessible, and her poems seemed to convey a sense of her personality, too. I think it would be accurate to say that her work led me to develop a respect for the contemplative life. Poetry appeals to me because it gets to the heart of things.  It’s cordial to spontaneity and insight. The music is a bonus.

A. Well, I did one chapbook in 1978 (Pages from the Blue Sun), and that was relatively easy to put together. Most of the poems were written within a two year period or so and reflected a growing sense of what I’ll call inner experience.   I did continue writing over the years, but the material was so unlike any of the contemporary things I was reading, I didn’t bother to send 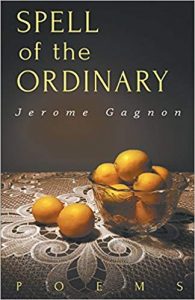 it out.  It wasn’t until I was in my mid-sixties that I started researching markets and sending a lot of stuff around.  By then, I realized I probably had enough material for another chapbook, Spell of the Ordinary.

As a full-length work, Rumors of Wisdom was much more difficult because I

didn’t want it to be repetitious.  I love to write about birds, it seems, and I have to make sure they don’t appear in every other poem.  It took me three years of juggling the material, adding new poems and weeding out those that didn’t work as well.  It’s really a more fully developed version of the chapbook.  I do remember getting to the point that I knew beyond a doubt it was finished and that it was publishable.  When you get to that point, it’s quite a relief, as I’m sure you know.

Q. I find your work thoughtful and, in many ways, I would describe your poems as “quiet,” “introspective.” They invite me to seek within for my own connections to your work. Would you discuss your recurring threads and themes?

A. I think of some of the poems as sanctuaries or abodes, so I’m happy to hear they strike you as quiet. You could say that the prevailing theme is awareness or attentiveness and that covers a lot of territory. Poetry for me is a means to explore and discover. It’s a gauge, in a way, of one’s psychological life — it can remind us where we’ve been and point a way forward.  I think, too, it’s a form of religion.  It has its own rituals and it offers much that religion does — comfort, consolation, a sense of community — only without the dogma.  Robert Duncan said, “Poetry is all the religion I need, and language all the ritual.”  In the context of poetry, you can address a snail, or say a prayer of gratitude, or pause just to look at whatever is in front of you.  These are things we don’t usually give ourselves permission to do on a regular basis.  But without cultivating deeper awareness in some way, the risk in our culture is that we become mere consumers — of information, social media trivia, forgettable entertainment, and objects and symbols of all kinds.

Q. What aspects of your other worlds have most affected your writing? In what way?

A. Losing so many friends during the Aids crisis was overwhelming — for a time I felt as if I was split between the world of the living and the world of the dead. This is the experience of survivors.  I’ve only addressed that issue directly in two poems, I think, but the experience has made me more aware of the transience and sacredness of life, and possibly somewhat more tolerant of uncertainty.  This may be reflected in some of the other poems, too.

The gardening began with a few things I planted in an existing Japanese style garden.  I appreciated the emphasis on form and negative space, but I also love color and flowers, so now they’re everywhere.  Fortunately, it’s a relatively small space.  In addition to the traditional elements like bamboo, camellia, pine, rock, and gravel, there are roses, plumbago, morning glories, lantana, oleander, and quite a bit more.  I try to stick to drought-tolerant varieties.  The one thing I probably shouldn’t have planted was morning glories, but I couldn’t resist — the colors are a real eye-opener. To my surprise, I managed to get a poem out of the tangle they tend to make, and this is forthcoming in the journal Arts: The Arts in Religious and Theological Studies (https://www.societyarts.org/).

Working with students of English as a second or other language didn’t particularly influence my own writing.  It did sensitize me, though, to the challenges language students face, probably never more acute than today, and I found their commitment and hard work very inspiring.

Q. Do you have a daily practice in a particular writing space? Has it changed over the years or is it fairly constant?

A. I do have a daily practice, more or less, and am fortunate to have a dedicated space for that. That never used to be the case because I was just writing the occasional poem now and then, and it was often from my kitchen table in one or the other of the small apartments I lived in in San Francisco.  These days I might work on a short piece for the blog, or research a market for a poem, or possibly revise something.  I tend to write when there’s nothing very exciting going on, say between nine and eleven p.m. or later.  Then, too, I’m often up at fiveish, and this can be a productive time. Some days I don’t do much.  I might submit something, or read.  After I finished Rumors and it was out, I worked long hours to put the next book together.  Happily, it’s finished and out there.

Q. Who are your mentors and influencers? Who are you reading right now?  What books are on your desk or nightstand?  Why?

A. One of my earliest poetic heroes was Frank O’Hara who seemed to embody the ideal of living for the moment. Although I never met him, his untimely death affected me deeply.  I was also very influenced by Robert Creeley.  He taught at SFSU for a brief time while living in Bolinas.  Kay Boyle was another influence.  Both she and Creeley had warmth and great presence, and Boyle had strong humanitarian and political convictions to go along with that.

All the books that I’m currently engaged in are either stacked on my desk or nearby on the floor. I just never want to put them away because as soon as I do, I’ll have to go find them.  There are zen books: Thomas Kirchner’s Entangling Vines, No-Gate Gateway by David Hinton, and Master Ma’s Ordinary Mind, by Fumio Yamada; over the years I’ve found that it’s best to have these kinds of references around in case I want to check on something, or if I’m feeling particularly receptive to paradox.  There are haiku texts right now: The Art of Haiku, by Stephen Addiss, which has some beautiful reproductions of early Japanese art, and The Haiku Handbook, by William Higginson and Penny Harter, are just two of them.  There are poetry volumes: Nine Horses, and Ballistics by Billy Collins, and Virginia Hamilton Adair’s Ants on the Melon— a wonderful collection from a little known poet.  There’s Yongey Mingyur Rinpoche’s recent release, In Love With the World: a Monk’s Journey Through the Bardos of Living and Dying, an extraordinary book and a good introduction to the Tibetan view of the bardos, the various states we experience in our daily lives, most often unaware.  It’s in the tradition of the mythic spiritual journey or quest, much as Peter Matthiessen’s The Snow Leopard and Conrad’s Heart of Darkness.

When I turn to certain poets, I want to learn about their mind-set — the exuberance of Frank O’ Hara and his life in Manhattan, or the longing of Cavafy for the days of his youth, for instance. Robert Cording has written that “…we come to know the world not by detaching ourselves from our felt experience, but by inhabiting our bodily experience as richly and wakefully as we can.” I think that’s true and, as a reader, I look for that quality in a variety of writers and a variety of forms.  Of the American poets, I try not to miss anything by Jane Hirshfield.  I love the poems of Ross Gay, especially Catalogue of Unabashed Gratitude.  If I’m feeling blue, I might turn to Mary Oliver whose love affair with the natural world never fails to inspire me.  I admire Gary Snyder’s work and think of him as a trailblazer, an environmental bodhisattva. I appreciate Richard Wright’s haiku. I also return to the early wisdom poets such as Rumi, Mirabai, Li Po, Hanshan, Chuang Tzu, and others.

Q. Have you considered writing other forms? Short prose?  Flash fiction?  Something longer?  What forms interest you as both a reader and a writer?

A. I’ve thought about memoir. But I’m just concerned that it would be like writing about a corpse.  So that may not happen (but I have a great title if it does).  I’ve written short stories in the past, but not for years.  I do enjoy reading prose poetry, personal essays, and creative non-fiction.

Q. How do you choose where to submit your writing?

A. Researching markets has become so much easier with search engines like Google. Recently I unearthed a couple of poems I thought were good, but I didn’t know where to send them. One was a brief lyric about hearing a screech owl in the night.  I searched “submit poems about night,” I think it was, and discovered an anthology contest sponsored by the TallGrass Writer’s Guild in the Chicago area.  I submitted, heard that it was accepted, and forgot all about it.  About a month later, I found out I’d won first place in their contest.  Complete surprise!  I didn’t even remember there was a contest.  “Night Song” will appear in October in the anthology, Loon Magic and Other Night Sounds, from Outrider Press. Otherwise, I use sites like Poets & Writers, or Entropy because they’re fairly extensive and well organized.

Q. What’s next with your writing?

A. I’d like to write or edit a book on poetry as a contemplative path. Possibly publish a collection of haiku, or an anthology.  There are a few other possibilities.  We’ll see.  Thanks for your excellent questions!

Aline  Soules’ work has  appeared in such publications as Kenyon Review,  Houston  Literary  Review, Poetry  Midwest, and The Galway Review.  Her books include Meditation on Woman (https://amzn.to/2CHEhst) and Evening Sun: A Widow’s Journey (https://amzn.to/2OTFXVE).  Find her online at http://alinesoules.com, @aline_elisabeth, https://www.facebook/com/alinesoulesauthor, and https://www.linkedin.com/in/alinesoules/

This site uses Akismet to reduce spam. Learn how your comment data is processed.